History of importing coffee into Vietnam

The first coffee tree was brought to Vietnam by the French in 1857, from these first and second plantations in Indochina, the coffee tree has made strong changes, escaping from subsidized institutions, becoming one of the most important coffee trees in the world. the crop with the highest export value (after rice), and put our country on the 2nd position of the world coffee map. This article briefly outlines a number of significant milestones from the time coffee was introduced in our country to the renovation period.

After more than a century, the coffee economy resonates with passion and taste that have created a turning point - This content will be presented in Vietnamese coffee - Through the waves of history.

The beginning of coffee trees in Vietnam

Arabica (Coffea arabica) is the first coffee variety introduced into Vietnam in 1857, through French missionaries. It has been tested in Catholic churches in the northern provinces, such as Ninh Binh, Thanh Hoa, Nghe An and Ha Tinh; and then spread to some central provinces, such as Quang Tri and Quang Binh. Finally, coffee was brought to the southern provinces of the Central Highlands and the Southeast. It was later discovered that the Central Highlands was the most suitable place to grow coffee.

Then, in 1908, the French brought two other types of coffee to Vietnam, Robusta (Coffea canephora) and Exelsa (Coffea exelsa). Without stopping, the French experimented with many different varieties from the Congo in the Central Highlands, and witnessed the very good development of coffee in this area. During the war and until 1986, many coffee-producing areas developed, but very slowly and with low yields. In 1986, the total area of ​​the country for coffee production was only about 50,000 hectares and the production volume was 18,400 tons (just over 300,000 60-kg bags). 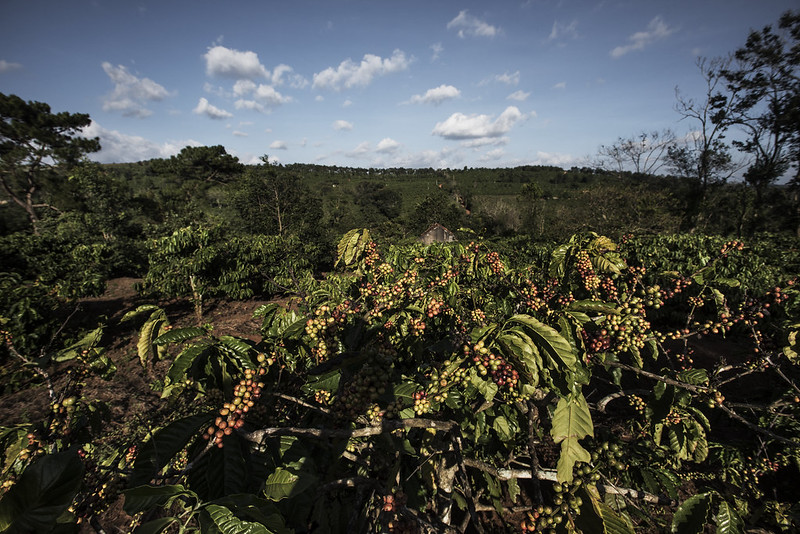 Over the years of growing coffee, the results show that coffee and tea (Arabica) plants do not give the desired results because they are susceptible to attack by stem borer (xylotrechus quadripes) and rust fungus (Hemileia vastatrix). Robusta coffee does not grow well in the North because the winter temperature is too low compared to the ecological requirements of this plant. Only jackfruit coffee (Excelsa) grows well, gives good yield, but has low commercial value. And at that time, a foreign expert recommended that coffee and tea should not be grown in Vietnam and grown only in the south and jackfruit coffee in the north (Chatot - the coffee tree in Indochina -1940).

During the 1960s-1970s in the North of Vietnam, a series of state-owned farms were established, including dozens of coffee farms, and grown all three types of tea, mango, and jackfruit. The development of coffee in these years was also not very positive and by the early 70's it was concluded that coffee could not be grown in the north.

The reform, and the leap in output

After the war ended in 1975, the country was almost on the verge of a decline in all aspects of economy - politics - society, in which economic policies copied from the Soviet Union were no longer suitable for the situation. the interior of the country at that time. Typically, the collective farming model proved ineffective, so in 1986, the Party and state made a "turn around" (reform) - like a big bet, and Coffee trees are also five of them.

Until 1975, the whole country in the north and south had only about 13,000 hectares with an output of about 6000 tons. And also after 1975, Vietnam's coffee industry entered a period of strong development - Doan Trieu Nhan

In 1982, the Union of Coffee Enterprises of Vietnam (LH-XN-CPVN) was established under Decree 174 HDBT of the Council of Ministers with the participation of 3 army divisions and a number of companies under the Ministry of Agriculture. and the localities of Dak Lak, Gia Lai - Kon Tum. The coffee development program is extended to the Central Highlands and Southeast provinces. The type of coffee chosen to expand the area is Robusta, a coffee variety that prefers hot and humid climates and is least susceptible to rust. 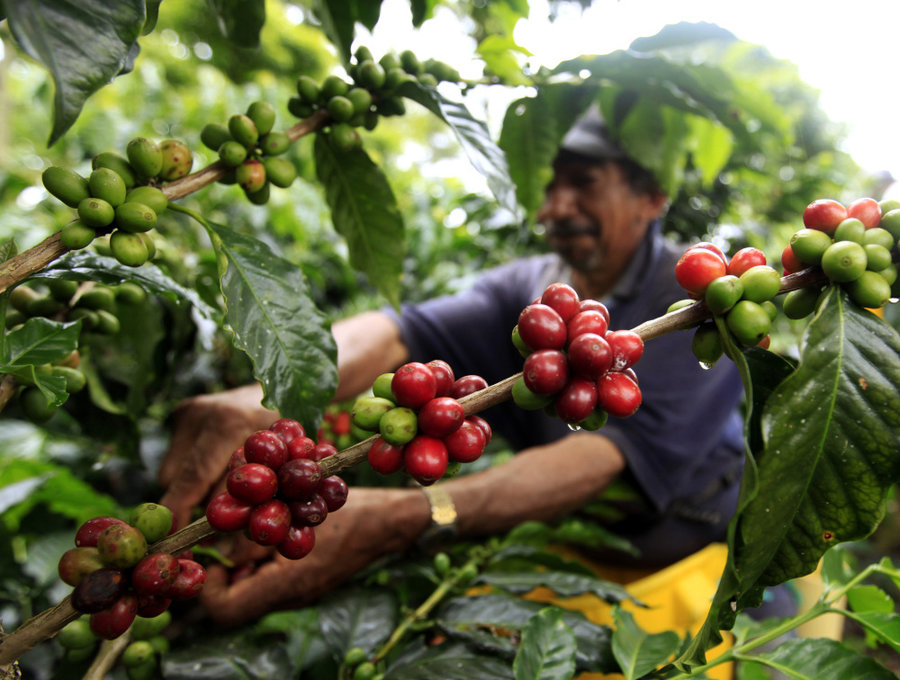 In 1986, LH-XN-CPVN, with the support of the ministries of agriculture, planning, finance, foreign trade, etc., organized a conference to develop coffee in farming households in the Central Highlands and coastal provinces. Central Coast and Southeast, called the First People's Coffee Conference. Along with the new policy and the strong stimulus of the high price of coffee on the international market at that time, Vietnam's coffee industry developed rapidly (See also Vietnamese coffee - a journey of three decades). )

Since 1986, the Government of Vietnam has focused its investment resources on the coffee sector, with the aim of transforming coffee into an important agricultural sector. In addition to state farms, the Government also encourages individual households to